The Original Five The Go-Go’s Reunited!

It’s true. After joining the band in NYC and Miami for 2 private shows to help announce and promote our upcoming musical “Head Over Heels,” it was decided that it would be a good thing for me to join my old bandmates this summer for a short series of shows. These were booked before I came on board, so you might see pictures and ads that only feature 4 Go-Go’s, but rest assured, I will be there, rockin’ and playing my heart out!

I was nervous walking into the first rehearsal in New York, maybe we all were. As soon as I plugged in my new bass (a pale pink Fender jazz Flea model) I tell you, it was magic and mojo and chemistry. Never under-estimate the power of music to heal! We were all smiles, and I felt so much joy playing these timeless songs once again.

We got the chance to connect personally too; in many ways, it was like no time had passed and yet much had changed. I’ve had a very full and happy life the past 5 years, and not being in the Go-Go’s has pushed me into a lot of positive new directions and challenges– I don’t know if I would have gone into them without that void. But I credit the Go-Go’s with giving me the foundation to build any career opportunities and for giving me some of the most unbelievable experiences of my life.

“Head Over Heels,” the Broadway musical based on the music of The Go-Go’s

Starting 2018 with a renewed connection to the band, and a freaking BROADWAY MUSICAL featuring our music opening this summer is an outcome better than any I could have imagined. Therein is one of the lessons of life I treasure most: accept what is, trust that all is as it should be, and never stop moving forward and being open and receptive to the surprising gifts that might be around the corner.

July 2 – July 4 at the Hollywood Bowl. We will be joined by the Los Angeles Philharmonic conducted by Thomas Wilkins. 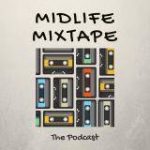 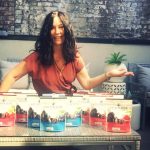